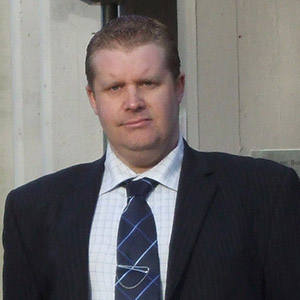 Some of you may know me and by the end of the elections you will know me even better, My Name is Geoff Fazackarley. I am the Conservative Councillor for Fareham South. I have held the following positions, Chairman of Public Protection and Vice Chairman of Streetscene within the Council and also held the office of Dep Mayor and Mayor of Fareham, as well as several other positions.

I have decided to go Independent because I cannot in all good conscience continue to serve under the leadership of Cllr Woodward. There are many reasons that have led me to this course of action but the main one being the lack of Democracy and Transparency that surround the current administration. There is also far too much intimidation and bullying where you cannot freely voice your true opinions without fear of reprisal, this is not how councils should be run and we will endeavour to change this with your help. A year ago, my co-Councillor Keith Barton left for this very reason. Both Councillor Barton and I appreciate that we were both elected as Conservatives and we still hold a lot of Conservative beliefs, but we cannot just continue to serve you in the manner that we are told to by the executive leader, this is about you the people we serve. Being Independent Councillors will give you a better service from us and we will only vote for things that we believe in.

Councillor Barton therefore is up for re-election as an Independent and I fully support him. He has worked hard and supported the community of Fareham South and he will continue to fight for our Residents. Councillor Barton was offered his seat back as a Conservative, the way this was conducted was another underhanded method by the Executive leader, However, he declined as he did not want to remain in office under those circumstances. This just goes to show how much Keith was thought of in the Conservative party.

The Conservative Candidate replacing him has an interesting past, in his term he left and joined the liberals, then UKIP and ended up an Independent. The Fareham Conservatives threw him out of the Party and now suddenly he is back which is indicative of the nonsense that goes on from within Fareham Conservatives.

Both of us will also be contesting the Fareham Town County seat in this Election. It is often the case that a large percentage of Resident’s contact us over issues that are County related and it gets tiresome passing the burden to the incumbent County Councillors, so we decided to prove ourselves as not only Fareham Borough Councillors but County Councillors as well.

I am now supporting the Independent group Led by Cllr Leslie Keeble, who felt he had to leave the Conservatives after 20 years. This group was formed back in March 2020, due to Leslie’s lack of trust and democracy and has grown in numbers. There are 5 Councillors in the group, and we have 2 re-standing as Independents along with 8 other hopeful Independent Candidates around the Borough. I think what Fareham needs at present are some fresh faces on the Council that can really push for what is in Fareham’s best interest and not the interests of Councillors who are meant to represent you!

Councillor Barton and I have both raised complaints to the Conservative Party head office and even though a very comprehensive report was sent along with evidence they have so far done nothing, which shows the lack of control the Conservatives have over their members. This begs the question do they care who they have running for office and representing the people or what is more likely they only care about winning seats and cover up not just breaching the party rules but also criminal offences and bullying. Time will tell, we are told investigations are ongoing (6 months on).

As you may be aware Cllr Woodward was found guilty of a lapse of Judgment at a Hampshire County hearing back in December, and he stepped down from his position. There are still those that feel this was not enough and further action was called for. For this and other complaints, in our view criminal action should have been taken. A Councillor in his position should not conduct himself in this manner. The feeling throughout the community, is that this should be pursued not only by Fareham Borough Council, Hampshire County Council but also Hampshire police adding to the alleged public order offence already held against the Executive Leader.

I do hope you take this opportunity to follow us and more importantly vote for us in the May elections. We promise you that we will be open, honest and our integrity is fully intact.